Narcissism and its Impact

The term “narcissism” is derived from the Greek mythology of Narcissus and it refers to an interest or concern with the self along a broad continuum, from healthy to pathological, including such concepts as self-esteem, self-system, and self-representation, and true or false self. According to Freud, everyone possesses a normal version of narcissism whereas, pathological narcissism, is an extreme distorted version which can be defined as excessive love, admiration of oneself or being extremely self-centered.

According to some scholars, young children have a dependency upon their primary caretakers, which they see as role models. These role models need to mirror the child’s own self-worth to develop a healthy personality and a sense of self otherwise a grandiose fantasy is developed leading into a narcissistic personality disorder or NPD. It is believed that narcissism is due to a lack of healthy self-esteem developed in early childhood.

According to the DSM-III, the criteria for NPD is as below: 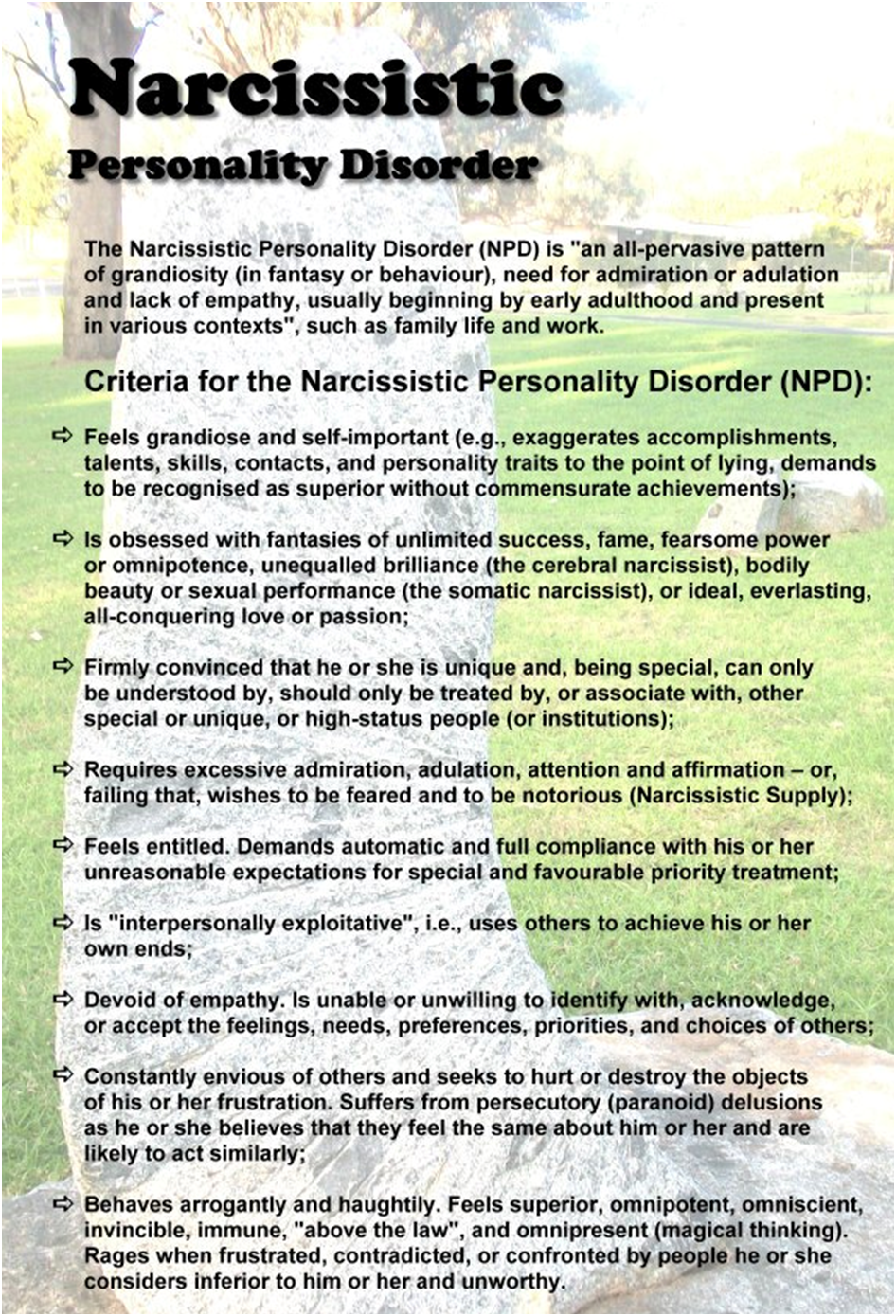 Narcissists have a facade of self confidence and at a deep level they feel inferior about themselves and are fragile and delicate. Narcissists report a lower self esteem to non-narcissist and this can have a very detrimental effect on those around them including the narcissist.

In the area of leadership, a narcissistc leader would possess explotitive tendencies, would be unable to accept constructive criticism, and appear highly arrogant without any guilt. These leaders tend to put a high value on wealth and luxury and do not possess the ability to self-reflect. The combination of these traits can lead to overspending in areas that focus on image rather than talent. It is well understood that when image superseeds talent, quality declines and in some cases white-collar crime can take place as narcissists do not possess proper skepticism towards their plans or strategies. The Wall Street and the 2008 financial crisis are examples of out-of-control unsustainable narcissistic traits. 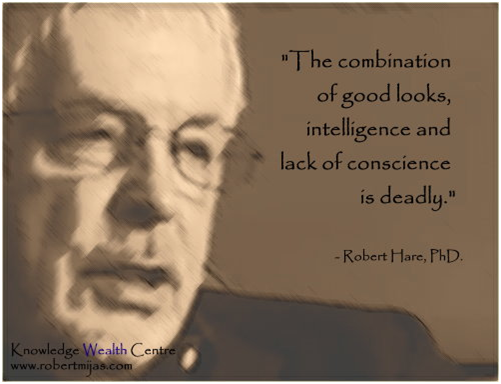 Furthermore, a person with narcissistic personality disorder has a paramount need for attention and he or she will do anything to obtain it. There also exists exhibitionism and vanity to their recognition and entitlement. Moreover, a narcissist uses exploitation which are interestingly characteristics of a bully. According to the statistics over the last two years, the fastest growing sector for calls to the UK National Workplace Bullying Advice Line has been from the charity or not-for-profit sector. In most cases, although not entire, the identified serial bully is a female whose objective is to demonstrate to the world a wonderful, kind, caring, compassionate person with a prominent position and an active member of numerous charity committees, while in reality, producing a team environment with high staff turnover and low morale.

The biggest obstacle is that a narcissist is unable to identify his or her narcissistic traits as they tend to be supremely self-sufficient and superior to others in their own minds. This is a massive cover for their deep insecurities and the sad irony of the narcissistic personality disorder is that, in an effort to protect themselves, narcissists inevitably invite the very rejection and abandonment they fear in the first place. People with NPD have learned to ignore, project, deny and disavow their vulnerabilities in order to shape and reshape their identity. To change would mean allowing the vulnerability back in, and opening up to the very feelings they’ve learned to avoid. Due to this, it is difficult to correct a narcissistic personality disorder and this is a critical point to consider. It’s not that people with NPD cannot change but that would mean threatening their sense of self.

More psychological research needs to be conducted to determine the best way to treat narcissistic individuals in a society that values individuality.