The term democide is widely unrecognized in common everyday language due to its obscure nature, yet it is quite prevalent throughout the history of human existence. Redefined by the political scientist R. J. Rummel, democide is the murder of any person of group of people by the government of a nation, including genocide, politicide and mass murder. There are several variations for the definition of democide which have occurred throughout historical periods, in which these examples can include, but are not limited to, the murdering of political opponents by governments and the systematic killing of minority groups of people who pose an inherent threat or risk to the political, economic or cultural well-being of a nation.

Experts and scholars who have studied democide have come to the conclusion through statistical evidence that the number of people who have died through the acts of democide encompass, approximately, 4 times greater death toll than those people who have died through the acts of war (Scully, 1997). Rummel (1994) presents that about 170 million people have died throughout the course of the 20th century due to democide, while other estimates represent higher figures of unconfirmed deaths with estimates that escalate from 200 to 350 million within the same time period (Rummel, 1993).

Large numbers of governments around the world, organizations, institutions and people are widely aware of the wars and military conflicts that occur in the world, in which consistent efforts have been applied to eradicate the acts of war and military combat between nations both nationally and internationally. Unfortunately, these have not been extensively covered by the media as other conflicts have. Thus, the majority of the people are not aware of the disturbing numbers and statistics of democide throughout the world in the last 100 years.

One of the major reasons of why governments have systematically killed thousands or millions of people in their respective countries lies in the ideologies, political and economic objectives. Democide is exercised to maintain or increase power, intimidate, subjugate, demoralize and dehumanize opposition (Bourne, 1918; Scully, 1997b) and to increase the power of the state (Bourne, 1918). Scholars have agreed that the majority of countries who have experienced high levels of democide are countries that were influenced by extreme leftist, communist or authoritarian ideologies, such as the Soviet Union, China, or Cambodia (Falconer, 2003; Scully, 1997a; Scully, 1997b).

Nonetheless, democracies are not entirely protected from the atrocities of democide, in fact some democracies have inflicted it on other systems (Scully, 1997b), as pathological thinking is borderless. Jung (1957) warned us that democracies consist of de-individualized (and de-based) persons and are prone to extreme individualists or arrant subjectivism.

Limited research has focused on the longitudinal implications of democide. Statistics show that millions of children end up as orphans, especially in the most impoverished areas of Africa where abandoned children lack the necessary social support for a good mental health. Neglected and abandoned children grow up with high levels of mental instability, hatred, and deep resentment (Whitfield, 1987). Furthermore, toughness comes at a prize of emotional numbness and emptiness. These children are more likely to experience addictions, since their external environment of early adversity and suffering produces an abnormal brain development (Mate, 2008). This translates to an emergence of millions of children with behavioral problems, who may adopt nefarious lifestyles to become the statistics of an unproductive portion of society. Moreover, without undermining the horror experienced by the dead and living victims of democide, economies of countries are also affected. Scully (1997) indicates that, on average, democide makes a country 20 percent poorer by reducing its tax base.

A democidal system dominated by pathological leaders, also termed as pathocracy by Lobaczewski (2004), perpetually functions due to public’s silence acquiescence and the unquestionable obedience to authority. Snow (as cited in Milgram, 1974) points to the importance of obedience when he writes: “When you think of the long and gloomy history of man, you will find more hideous crimes have been committed in the name of obedience than have ever been committed in the name of rebellion.” Milgram’s (1974) obedience experiments have shown that public safety can be undermined by mentalities that have the facility to execute the most horrific acts while following orders from a higher authority.  Moreover, in an article entitled “The Dangers of Obedience,” Laski (1929:6) wrote, “[…] civilization means, above all, an unwillingness to inflict unnecessary pain. Within the ambit of that definition, those of us who heedlessly accept the commands of authority cannot yet claim to be civilized men.”

The scope of democide throughout the history of humankind has been well documented statistically, and scholars remain clear that authority and power that governments have over their people can become pathological to satisfy the demands and wants of ruthless political individualists. Laski (1929) states, “government is necessary enough in all conscience, but there must be limits to its empire.” As many of the government’s crimes are carried out in the name of a greater good, the major philosophical flaw is the legalization, validation, normalization, even glorification of the use of violence or force to eradicate opposition. Let us not forget that violence begets violence, and even good intentions can become universal bullying. Many argue that some endings may justify the means, but others question these justifications as lacking ethical depth thus unworthy of any moral differentiation.

To conclude, we have looked at the definition of democide and its horrifying statistics, some of the reasons behind the use of democide, and its implications on the victims and the economies of the systems involved.

Bourne, R. (1918).  War is the health of the state. Part of an unfinished and unpublished essay. Retrieved from http://wwi.lib.byu.edu/index.php/Books,_Special_Topics_and_Commentaries

Jung, C. (1957). The undiscovered self: The dilemma of the individual in modern society. London, UK: Routledge. 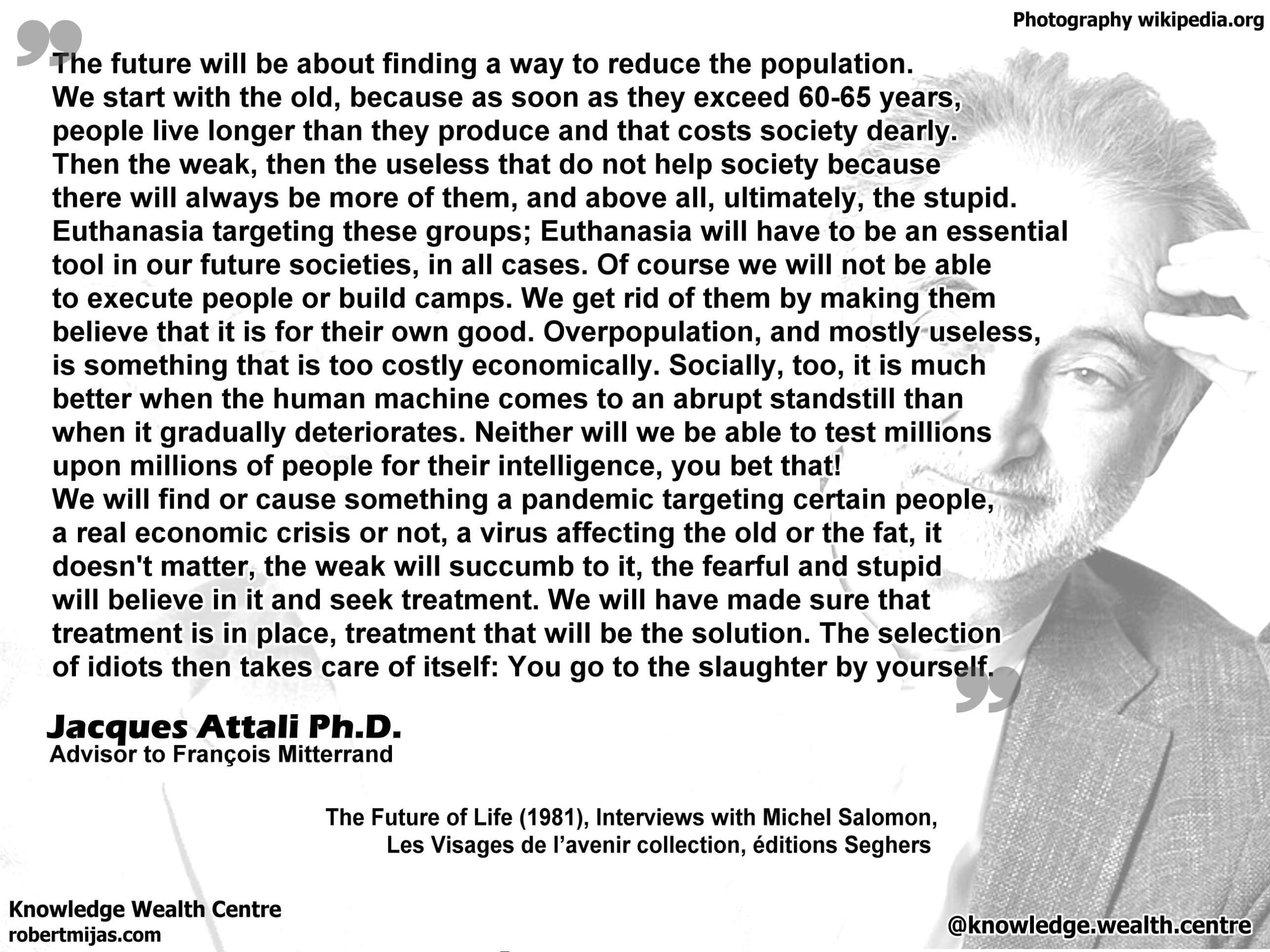