Cognitive Dissonance and its Impact on the Individual – Part 2

“Ultimately, everything depends on the quality of the individual.” – Carl Jung. Let’s consider one of the most common cognitive dissonances that a large portion of adolescents and high school students face every year, which is the cognition of going to college to study a subject and thereby increasing the chances to have a stable and productive career throughout life, versus the dissonance that whether or not going to college might be worth it in the end taking into consideration the costs, efforts and sacrifices that each student has to give and commit. The key of this issue lies on the fact of a dissonance based on a life-changing decision and its future impact; surely going to college to obtain a degree will open doors for future career opportunities but not going to college may leave you with unstable and low paying jobs in the long run.

Another way of thinking about this issue is to value the opportunity costs of going to college and real world examples based on the results that people obtained by either going to college or not, the dissonance can now take another course by basing the fact that college is not worth it and that you might be ending up in a regular job, thereby putting more value on the belief that by not going to college and pursuing another career or goal might be more beneficial and successful in the long run for your future. The belief can be supported by real world examples of wealthy and highly successful people that accomplished great results by not enrolling in college and doing other things.

At this stage, the adolescent can feel an intense frustration in not knowing what to do and from this point the negative impact on humans from cognitive dissonance begins its course. Possible negative impacts from taking these types of decisions based on hopeful or true beliefs can be depression, lack of confidence, untrustworthiness, ambivalence and other actions that somehow are harmful to the individual depending on the severity of the dissonance.

The impact can also be seen on the cost of medical research to find potential treatments to alleviate the frustration that some people might feel during cognitive dissonance. Other serious impacts include the lack of productivity, critical thinking, and risk taking in the individual’s life.

According to Jung (1958), our society is dominated by mass-mindedness which comprises of de-based individuals and de-individualized persons. As de-based individuals experience validation only when mass-mindedness is adhered to, they are unable to find their own voice or real justification for their existence. Under this condition, weakness and helplessness clutches the individual producing a mental dissociation with two opposing mindsets, i.e., a cognitive dissonance. Jung further adds that mentally dissociated persons  are prone to neurotic disturbance, and mass-mindedness is ripe for conquest by a dictatorial, totalitarian or oppressive regime.

Havel (1990) who was the first president of Czech Republic has stated:

The worst thing is that we live in a contaminated moral environment. We fell morally ill because we became used to saying something different from what we thought. We learned not to believe in anything, to ignore one another, to care only about ourselves. Concepts such as love, friendship, compassion, humility or forgiveness lost their depth and dimension, and for many of us they represented only psychological peculiarities, or they resembled gone-astray greetings from ancient times, a little ridiculous in the era of computers and spaceships….

When mentally dissociated persons are forced to deceive themselves, they eventually become beside themselves.  Evans (2002) has indicated that constant parental defining produces a backward identity in children, i.e., identity constructed from outside-in rather than inside-out. Individuals with this type of identity are unable to tolerate differences and experience high-levels of anxiety when faced with diversities. Such traits are common among controlling personalities, bullies or obedient characters that have a tendency to police others.

Ultimately, any society has the right to protect itself from dangerous, pathological or rebellious subjectivism. However, Snow (1961, as cited in Milgram, 1975) raises an interesting point related to obedience:

Finally, cognitive dissonance can have long lasting negative and positive impact. It can be used to raise our awareness and question out-dated personal views or it can create conflicting ideas, that if unresolved, further widen the divergence between what we feel and what we need or can say within an expanding politically-correct world. 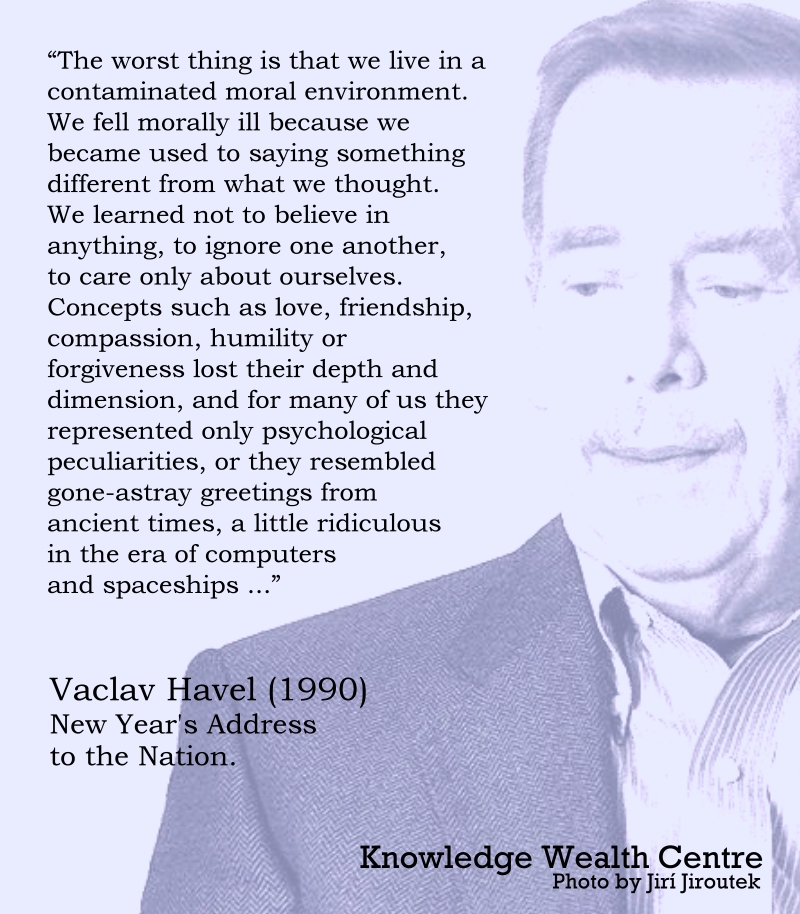 Copyright Robert Mijas 2012, this article appears in Miscellany of Topics book available on this blog.

Evans, P. (2002). Controlling People: How to Recognize, Understand, and Deal with People Who Try to Control You. Avon, MA: Adams Media.