Focus on Bullying and Parenting – Self Esteem and Our Health 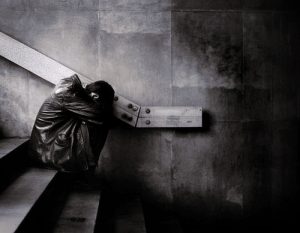 (RobertMijas.com) Good mental health is a sense of well-being, happiness, self esteem and confidence. It enables us to reach our potential, enjoy and appreciate other people through the formation of positive relationships that help us deal with life’s challenges. Poor mental health can lead to both internalized problems (e.g. anxiety, depression, suicidal tendencies, self criticism and eating disorders) and externalized problems. (e.g. bullying, violence and substance abuse)

One in five Australians, one in four North Americans and British adults will suffer from a mental illness at some point in their lives, according to the government reports. World Health Organization (2001) estimates that approximately 450 million people worldwide have a mental health problem.

In one cross-sectional study into bullying in NSW schools, it was found that 23.5% of students experienced some form of bullying, and that those who are bullied/bullies are at an increased risk of depression and suicide.

Cyber-bullying can occur 24 hour per day, seven days a week via technology such as the internet and mobiles phones.  Cyber-bullying is just as real as physical bullying and can have devastating consequences. Educators, parents and the community in general can not just rely on the physical evidence of bullying.  According to (http://isafe.org) the statistics for cyber-bullying are:

Various studies show that the family childhood environment provides the basic social ecology where behavior is learned and suppressed.

Patricia Evans in her book Controlling People: How to Recognize, Understand, and Deal with People Who Try to Control You, looks at the underlying factors of intimate abuse between the controller and the victim in abusive relationships. Concepts of ‘backward’ personality and relationship are introduced and explained how these are the consequences of constant parental defining, invalidating and oppression.

Most people use emotions, reasoning, physical sensations and intuition as the four internal functions for internal guidance. A ‘backward’ personality or a ‘controller’ who has suffered some emotional or physical trauma during childhood/adolescence/adulthood and has underdeveloped parts of the brain related to empathy, does not use these four functions in unison. Instead, as a defense mechanism, reasoning is used only.

Once controllers gain trust of another person, they start to project their idea of a ‘perfect’ person onto the other person. They tend to see others the same way children see teddy bears, a perfect friend who knows exactly what the controller is thinking, never talks backs or disagrees. They don’t see the person for what they are, a ‘separate’ person with a personality and needs of their own.

The problem actually lies in the fact that controllers tend to construct their sense of self from the outside-in and not the inside-out. This causes them not to have a sense of themselves and actually be ‘beside’ themselves. Their personalities are constructs created to win the love and admiration they seek. They have anchored themselves inside another person, and this anchor tends to make them feel secure. Without this anchor they feel completely lost, producing a massive fear and anxiety of ‘separateness’ inside of them. Because of this fear and anxiety, their need to control is like an addiction and extremely strong.

The controller’s reaction towards someone who disagrees, thinks ‘differently’, or simply doesn’t fulfill their illusion of the teddy bear can be cold, tactless, extreme and lack empathy. Especially towards the ones closest to them such as their partners or children. They simply lack emotional maturity or emotional intelligence.

Conversations with them seem to be of imperative nature and they can get verbally abusive and become bullies. Most people notice when they’re in the presence of a controller since they are defined by the controller as if he or she knew what the other person was thinking. The controllers have also been referred to as control freaks, which is considered as offensive.

The tragedy for the controller is that their behavior creates a paradox. It pushes away the love and connection that they so desperately need.

The reality for victims of controllers is that they experience verbal abuse, oppression and bullying. Eventually, the victims blame themselves and think that if they change to please the controller things would get better. This never happens.

This type of defining, oppression and control has a significant impact on the victim, the bully, and the witness’ self esteem and mental health. Especially during parenting, as it creates children who become abusive later in lives. According to some studies, they may become toxic parents to their own kids, toxic bosses to their subordinates, bullies to others, even criminals. Remember as children see, children do. 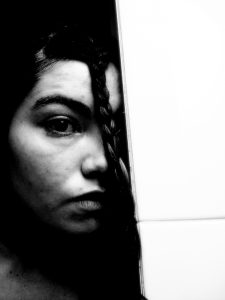 With future predictions of dramatic increases of problems in mental health, widespread bullying, and the lack of awareness of positive parenting, there is a need for the implementation of educational and awareness programs with an inter-agency effort.

As shown in Duncan et al. (2009), suggested methods of prevention are by introducing mindful parenting, which focuses on positive parenting and creating a positive parent-child relationship.

Any future programs should focus on increasing community’s awareness with clear definitions on positive parental discipline, and inclusion of management system for early detection of abuse within home and school settings.

“Ignorance does not justify oppression, it only makes it possible” – Unknown.

To purchase a report on parenting and bullying, click here. This article appears in Miscellany of Topics ebook.

Evans, P. (2002). Controlling People: How to Recognize, Understand, and Deal with People Who Try to Control You. Avon, MA: Adams Media.